A town of hot water that Kukai walked 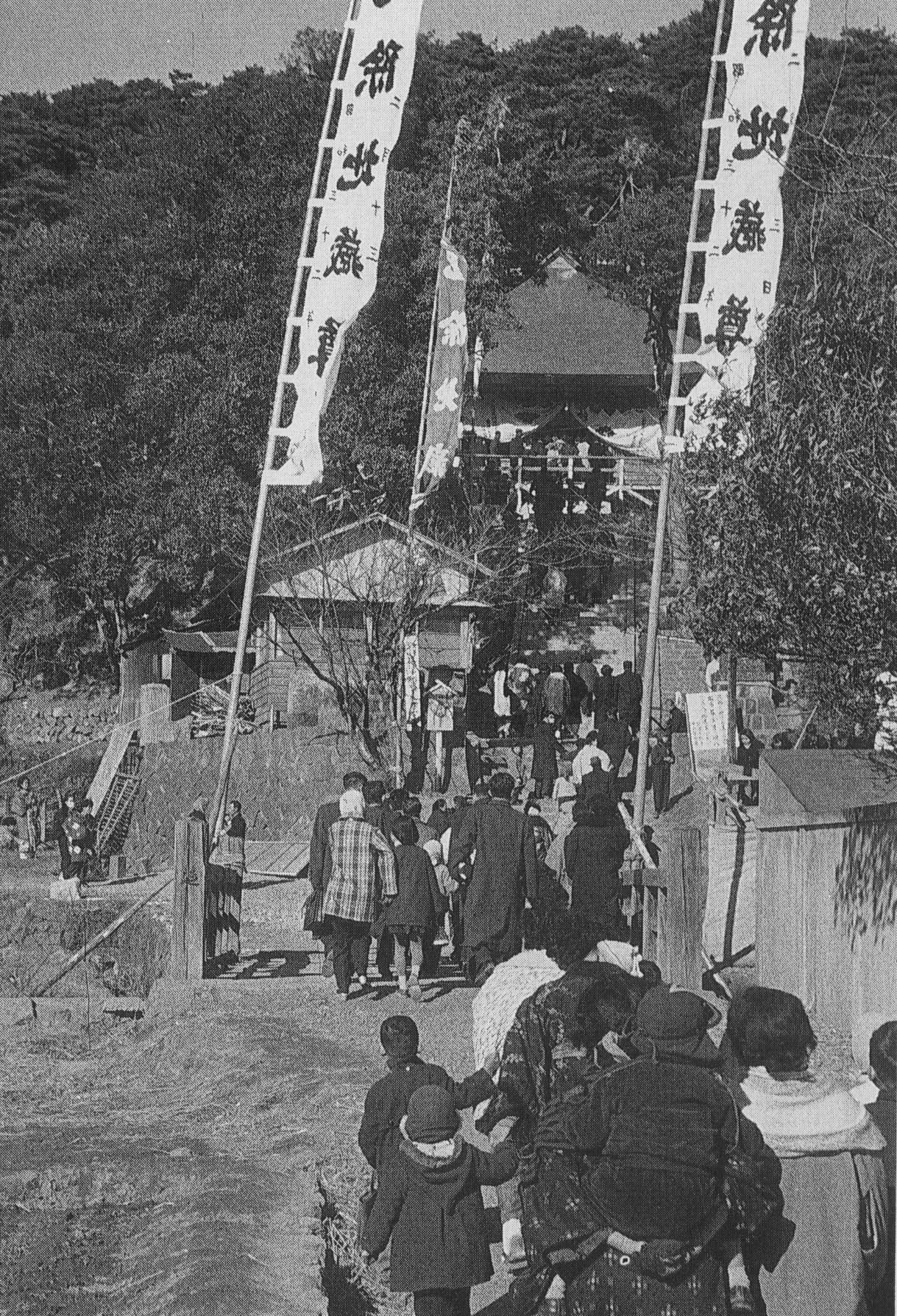 Every year, from 12noon on February 13 to noon on the 14 the following day, the Yakuyoke-Jizou-Son Festival is held at the Entakuji Temple. More than 50,000 people visit, stalls open, and it is full of all day.

Of the 2 main statues (established in 808 and opened in 1050), the stone statue of Jizo Bosatsuzazo (designated cultural property) enshrined in Jizo-do is designated as a national important cultural property. It is said that it listens to people’s wishes and protects them from bad lucks. On the day of the festival, there are many visitors.
Fukudasan Entakuji Temple was opened by Kobo Daishi (Kukai) in 808. It was reported that it was opened in 955 by Kuuyajouninn , and revived by Daikakuzenshi(Rankei) about 1250 later.

Beside the mountain gate is the prefecture-designated natural monument called “Maizuru-no-Matsu”, a Japanese black pine. There is no height but the branches extend sideways, up to 30M.
Behind Jizo-do, a bedrock is cut out of about 50 cm, and a “Kubiuki-Jizo” is enshrined.
The neck and body are separated. It is said that when your wish is fulfilled, the neck will lightly float in the air. It collects local religions.

From Jizodo, you can overlook the Southern Alps. Beyond the residential area, you can see the Kannazuka ancient tomb shaped like an inverted bowl. Walk right in the back of Jizo-do and you will see a plate monument. It is said to be the oldest in the prefecture. There are two plates: the Amidashushi Monument with the February 1350 inscription and the Muhoutou with the 1374 inscription.
After passing the monument and climbing back mountain, turn right and come out at the junction with the way to climb Yumurayama. There is a bench and it is a square.
There are two ancient tombs called “Komorizuka” and “Jizo Kofun”. Many cherry blossoms are planted around the area, and you can enjoy cherry blossom viewing from late March to early April.

It is a Jizo with only Jizo’s neck on natural stone, which is often seen on Kitayama Road. It is located in the middle of the cemetery in the back and is called “Tankirimacchan” with a charming face and is popular with local residents.
A similar stone brewery is located at Seishoin Temple, about a kilometer north of Entakuji Temple, and it is called “Kappajizo” because its large rocks look like rain coat kappa.
There are several such Jizo on Kitayama Road.

The legend of Kobosui and stone potato that springs out

In the past, Kobo Daishi, who was very hungry when he visited, asked the old woman washing taro potato in the spring to give him something to eat. I thought. The old woman gave away the potatoes and said, “It is not the potatoes that are being washed now, but the stones,” and repelled the master.

Spring of the Kobo water fountain with Kobo Ishi-imo

Afterwards, when the old woman took the taro potato and tried to eat it herself, the fruit became much harder than before, and it was no longer very edible.
This potato was later called “Kobo Ishi-imo”.
There is still Kobo Ishi-imo in the spring on the left side of Ryugenji Temple in Haguro, about 1km higher than Entakuji Temple.

On the day of the February 13 Jizouson Festival, before the Jizo is enshrined in the Jizo-do, we will “pray” in the town of Yumura.
On the day, Jizo will be transferred to the main hall, and you will walk around the town with the big bill you prayed for first.
Those who have troubles and wishes are very profitable.
If you come to Tntakuji Temple by 11:30, you can participate.

We will lend you a Happi coat for those who wish to travel together.

Date and time: February 13 every year

About 200 outdoor stalls are bustling.