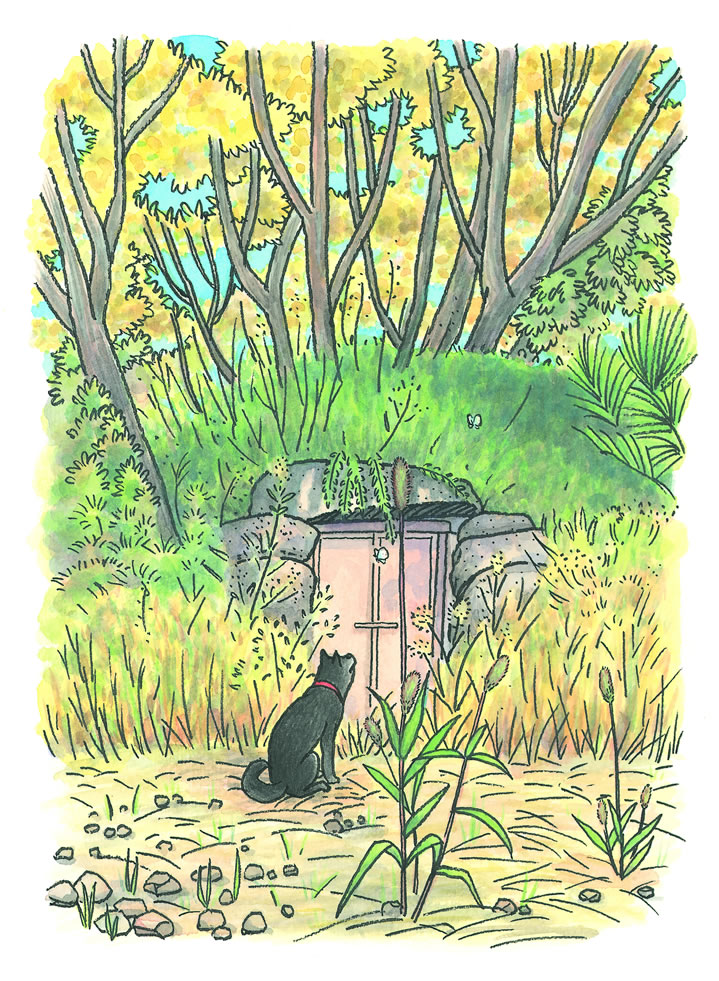 From a hotel or ryokan in Yumura Onsenkyo, go north on the corner of the Kofu Shinkin Bank Yumura Branch along the 4-lane North Bypass.
Cross Yukawa and turn right before climbing Mt. Yumura. In the middle of the parking lot, you will find the Manjumori-Kofun.

In the first half of the 6th century, it is said to be the largest tomb in Kai Country.
Seen from a distance, it is shaped like a sweet bun and is said to have its name.
It is a circular tomb with a stone pit in the late Kofun period.

In the Edo period, it was used as a gunpowder store, and was also known as a smoke storehouse. The mound is now a pine forest.